For our next release we have called upon Sideways. Two artists who’s relationship with Watergate dates back to the clubs beginning nearly twelve years ago. It was in the early 90’s when Marcus Kaye and Lee Ching worked at two of the most influential record shops in the UK resulting in a mutual friendship born out of an eternal hunt for new and exciting music. Soon both were at the forefront of a progressive Drum and Bass movement under their Marcus Intalex and Dj Lee monikers performing on a global scale and contributing some of the most influential music of the genre but never actually collaborating. As Kaye broadened his horizons creating the Trevino alias to critical acclaim and Ching went the mundane route of 9 to 5 normality the duo’s still weekly conversations about the nuances of modern house and techno turned into Sideways. Finally, after more than a decade, the two have joined forces to bring us the truly unique and exciting EP, “Retraced”.
Although all the tracks on “Retraced” are rooted heavily in a techno aesthetic, they all possess parts spanning across a wide range of genres from drum and bass to deep and soulful house. With the title track “Retraced” the two take a euphoric journey laced with rich strings laid over a hefty bassline while “Minor Difference” holds no punches and goes straight for the four to the floor approach ripe for the strobe lights on a crowded, dark dance floor. The final cut on the EP is “PJ’s Groove” and of all the three, it’s the throwback. With crisp open hi hats, warm organ stabs and big washed out pads it feels like a trip down memory lane, yet with an updated, modern twist. After more than a decade in the making, we think it’s the perfect collaboration for us at Watergate and, we think you will feel the same. 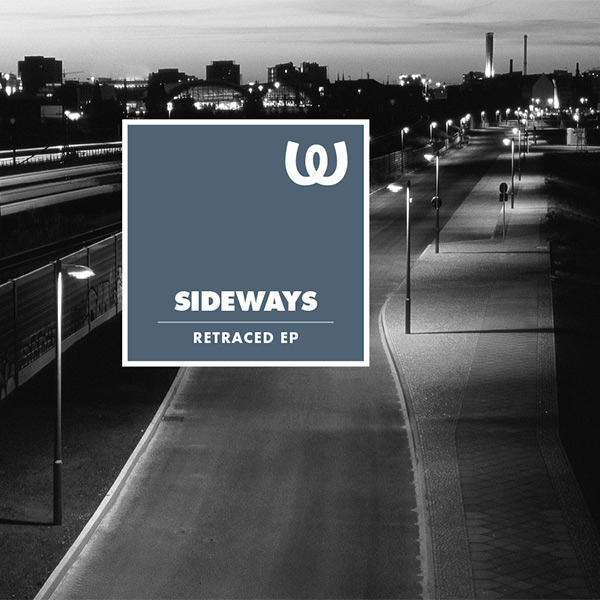 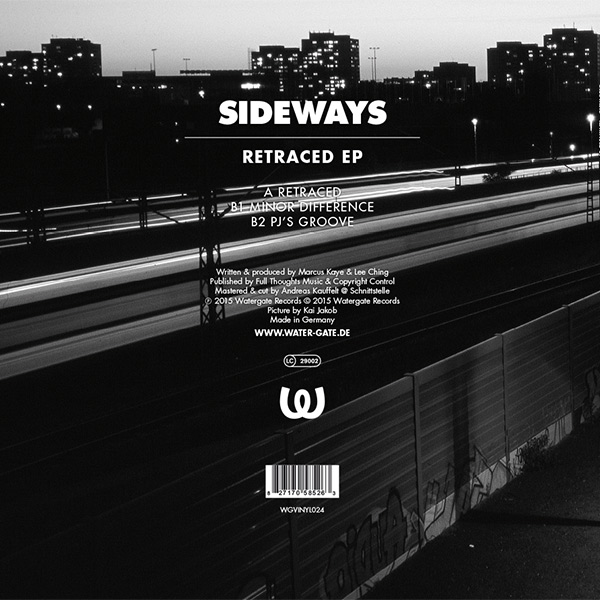